The Islamic Republic of Iran has carried out public hangings in the past and is now using the death penalty to terrify demonstrators into silence. By carrying out sham trials and extracting forced confessions, they are sentencing innocent lives to death. It should be noted that a myriad of the alleged confessions are made under physical and psychological pressure. Many of those who stand to trial are not. permitted to challenge the evidence against them or to ask for the trial to be held in public but with the help of Political sponsorship, politicians may select a political prisoner and use their political influence to campaign for the prisoner’s freedom. This is achieved by addressing the ambassador and the relevant government and international institutions dealing with human rights. This page exists for the sole reason to stop all executions that may be in motion to be carried out and to spread awareness of the many lives that are at risk.

Mohammad Ghobadlou AT RISK OF BEING EXECUTED

Mohammad Broughani AT RISK OF BEING
EXECUTED 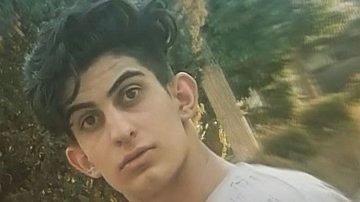 An active revolution is taking place in Iran, during the year of 2022. Iran has been governed by a theocratic dictatorship for over four decades, referred to as the "Islamic republic of Iran." It is important to highlight that the people of Iran experience injustice and violence on a daily basis, with women being systematically treated as inferior citizens.

On September 14, 2022, Mahsa Jina Amini, a 22-year-old Kurdish-Iranian woman, was arrested while visiting the capital city -Tehran- by the Iranian morality police, also known as Gasht-e-Ershad (guidance patrol). It is alleged that her arrest was due to improper hijab, as women in Iran are required to cover their hair. While in custody, Mahsa Amini was subjected to extreme physical and psychological abuse and violence. As a result of her injuries, she was transferred to a hospital, but unfortunately passed away on September 16, two days after her arrest."

On the same day that Mahsa Amini's death was announced, nationwide protests began in Iran. There has been significant activity in Tehran and Kurdistan, as well as many other cities and provinces. For over 100 days, the people of Iran have taken to the streets in peaceful protest. However, during these demonstrations, many individuals have been arrested and imprisoned by the Islamic Revolutionary Guard Corps (IRGC) on charges such as "enmity against God" (moharebeh), "corruption on earth" (efsad-e fel arz) in connection with the nationwide protests. These victims include people of all ages, genders, and children, who are at risk of being sentenced to death by hanging.

Be the voice of the voiceless. Sponsor a victim and help saving their life.